Coronavirus has changed how we date. And with more lockdowns and social distancing, it has no doubt transformed the way we think about and approach romantic interactions.

Whether it’s virtual dates or a careful get-together, people are still dating each other – so what’s the full picture? We take a look at online dating statistics in the USA in 2021.

What was online dating usage like before the pandemic?

In 2019, an article from eMarketer stated:

The forecasts were flat as before the pandemic, online dating fatigue was setting in.

Research from the Proceedings of the National Academy of Sciences (2011) even showed that rejection in swiping actually made people feel lonelier before the pandemic hit.

Online dating usage during the pandemic

However, just as we cannot predict the future, we could not predict the pandemic. It seemed to be just what the dating industry needed to kickstart the business.

The pandemic has been great for dating apps:

The number of messages sent on dating apps also increased in March 2020:

Dating apps are growing amid the pandemic

Dating apps have done remarkably well at this time.

Smartphone habits in general increased amid the pandemic

Smartphone habits in general increased during the start of the pandemic. A survey conducted by Morning Consult on April 10-12 2020 showed that:

A Morning Consult poll from April 2020 revealed that:

In an April 2020 survey from The Harris Poll, US adults said they were more frequently using:

Is the USA using online dating apps more or less during Covid? 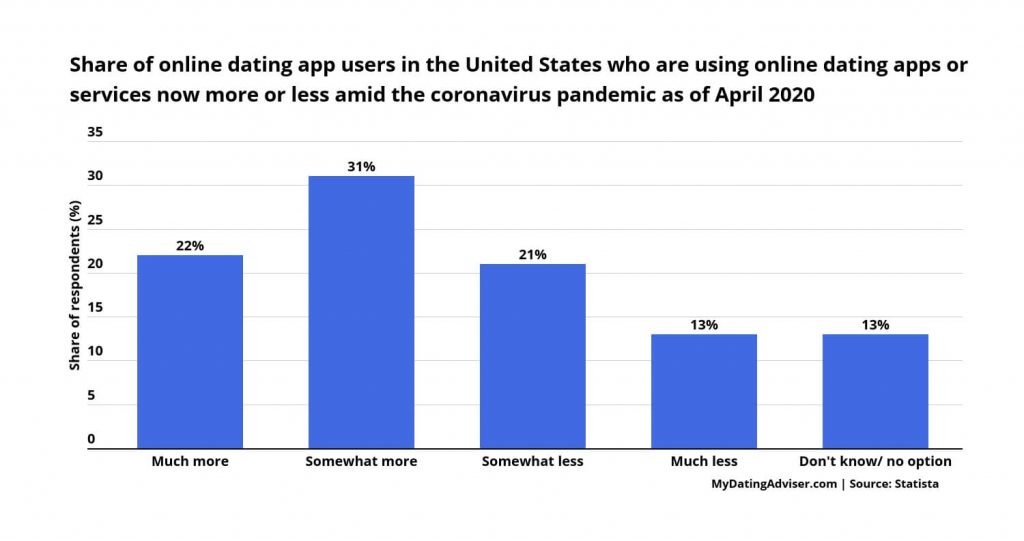 According to April 2020 survey data of online dating app users in the United States:

How is coronavirus changing dating? Are video calls the new first date? 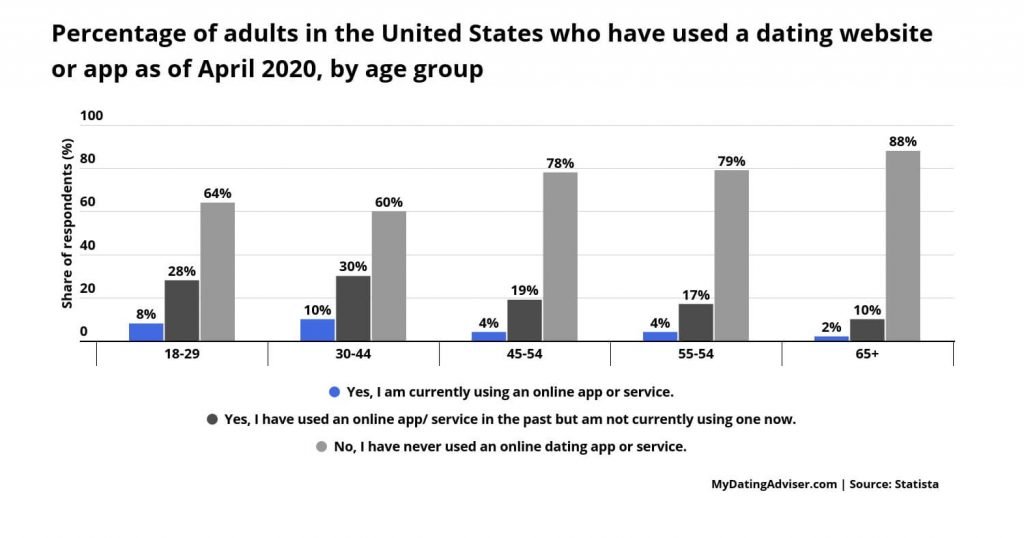 This statistic presents the percentage of adult internet users in the United States who have used a dating website or app as of January 2019, by age group (source). According to the findings:

According to a dating service Match Group, whose portfolio includes Tinder, Match.com, OkCupid, and Hinge, amongst others, there was a surge in usage across all demographic groups:

What will the future of dating be like after Covid?

What is the future of smartphone dating app usage? 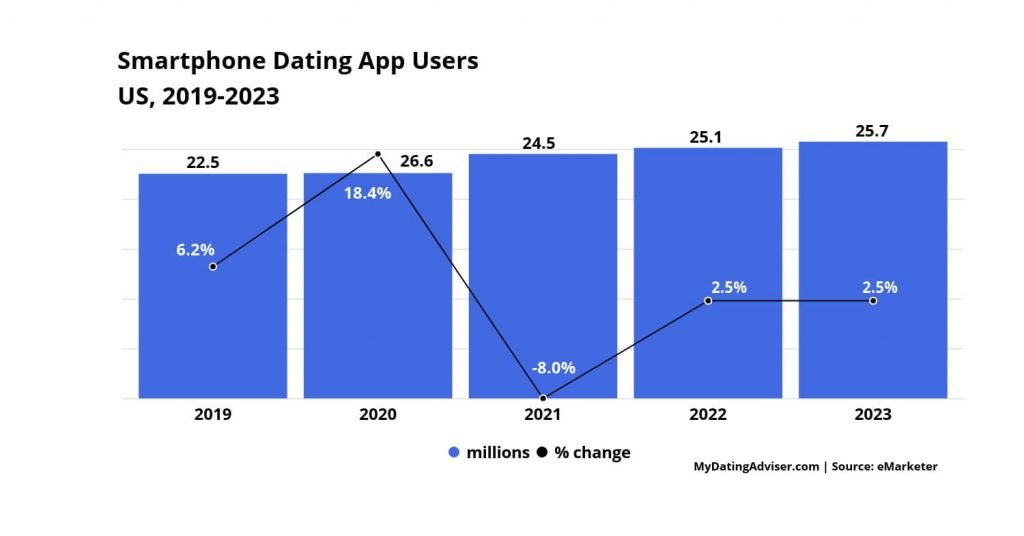 “People still want to find love and connection during these trying times. Since people can’t meet in person, many have adapted to finding someone online.”

“People crave human connection, and the pandemic has limited that needed interaction. As we head into 2021, and with the country returning to some normalcy, the dating habits should also revert back to pre-Covid times.”

The dating industry has argued that digital-first dates could become the norm beyond the Covid-19 outbreak.

Founder of the dating site ‘The League’ commented in December 2020 that:

“In-person first dates will definitely be replaced by digital dates, as the stakes are lower, and with video chatting, you can figure out whether or not you click within the first few minutes.”

Can you truly gauge physical chemistry in a virtual setting?

Anthropologists have mixed arguments as to whether or not virtual connections are not the future.

Some say people use all five senses to determine whether there is genetic compatibility with a potential partner. Others argue we can create a connection through visual and auditory cues.

“I don’t think you’re ever going to be able to completely replicate that physical chemistry with someone over video chat,” Lester said. “But it is a good litmus test. You’ll be able to work out if you don’t like someone.”

Evolutionary anthropologist Anna Machin from the University of Oxford’s Department of Psychology agrees that it is difficult to forge a connection because our senses are so important.

She commented that touch is what releases oxytocin, the neurochemical that underpins the first stages of attraction – impossible on a virtual date. And according to Machin, women, in particular, use their sense of smell to assess genetic compatibility – again, out of the question.

Biological anthropologist, Helen Fisher disagrees. She has spent 20 years studying MRI scans of people who are madly in love:

“Just because you can’t touch somebody, does not mean that you can’t fall in love with them,” Fisher said. She said that romantic love, even in a virtual setting, can trigger the dopamine system.

Will people start taking dating more seriously after the pandemic?

According to anthropologist Marcin:

“Maybe it makes you think that in a crisis like this really all you are left with are those you love, so it might have made some people ramp up their search for someone.”

Will there be a return to more traditional courtship?

“I remain hopeful that despite the turmoil, there will be positive side effects from the current crisis – that we can rediscover our flair for conversation and getting to know someone over time. I expect people will self-reflect more and consider what they really want for themselves.”