The coronavirus’s unfolding impact on Tinder and the online dating landscape in 2021 is fascinating to watch. Here are some stats on Tinder usage during the coronavirus pandemic:

Since physical meetups aren’t going to get back to normal levels anytime soon, Tinder has been tweaking its features to better facilitate virtual dating.

In April, Tinder temporarily took down the paywall of its “Passport” feature, which allows users to “unlock” location information and digitally meet people anywhere in the world.

Tinder has also launched its one-on-one video chatting function in June in an attempt to attract more users.

Tinder users in the United States as of June 2020, sorted by gender: 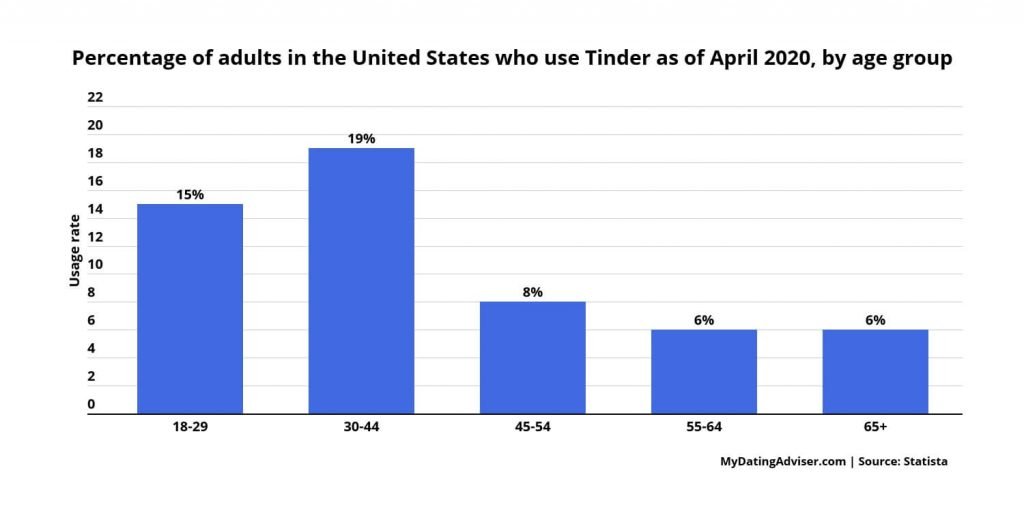 Tinder Usage in the United States

Tinder is part of the Match Group, an American internet company that owns and operates a selection of online dating sites including the eponymous Match.com, OkCupid, and PlentyOfFish.

Tinder made its Orientation feature global in 2020. The dating app’s feature lets swipers list up to three of nine sexual orientations in their Tinder profiles.

Tinder and One Night Stands Statistics

According to Trond Viggo Grøntvedt, from the Norwegian University of Science and Technology’s department of psychology:

According to Tinder’s own press resources (source):